The Canadian dollar was more of a player in the commodity bloc. USD/CAD hit a two month low at 1.2900 ahead of the jobs report then chopped up to 1.2935 immediately before the numbers. When the pair was released it fell on the headline but the details were weak and the pair the rallied to 1.2990, which was the high of the day. It was aided by oil giving back the entirety of what had been a $1.40 gain. The pair then fell on the BOC business outlook survey, skidding down to 1.2915. The report had some soft details as well and USD/CAD chopped on the ebb and flow of oil up to 1.2940. 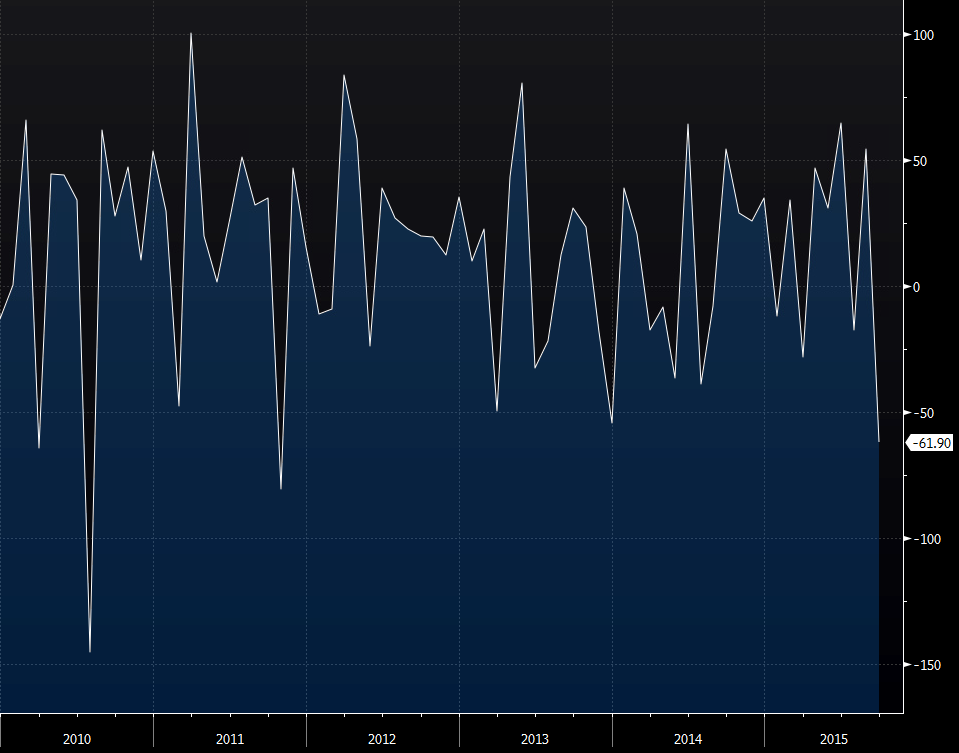 The headline is a touch better but don't let it fool you, this is a soft report with a big decline in full-time jobs that erases the gain last month. Unemployment rose despite a steady reading on labour-force participation.

The year began with unemployment at 6.6% and it's been a steady rise higher.

USD/CAD dipped at 1.29435 and is entering a demand zone which may help boost a bit the dollar against the CAD, but more likely the price will cut a bit more to 1.28346.