So Final GDP is doing fine, pricing is still flat, consumer sentiment is still flat and inflation expectations are actually lower. So the US economy is still in inflation limbo.

Price went up to 1949 and little above it and was suppressed at the top moving back lower. Several reasons for the price behavior and events occurred. The catalyst first for the drop was in biotech with the Nasdaq biotech index going down 5.3% and the main Nasdaq index going don 0.6&. The destruction in biotech was after a tweet post  from Hillary Clinton: 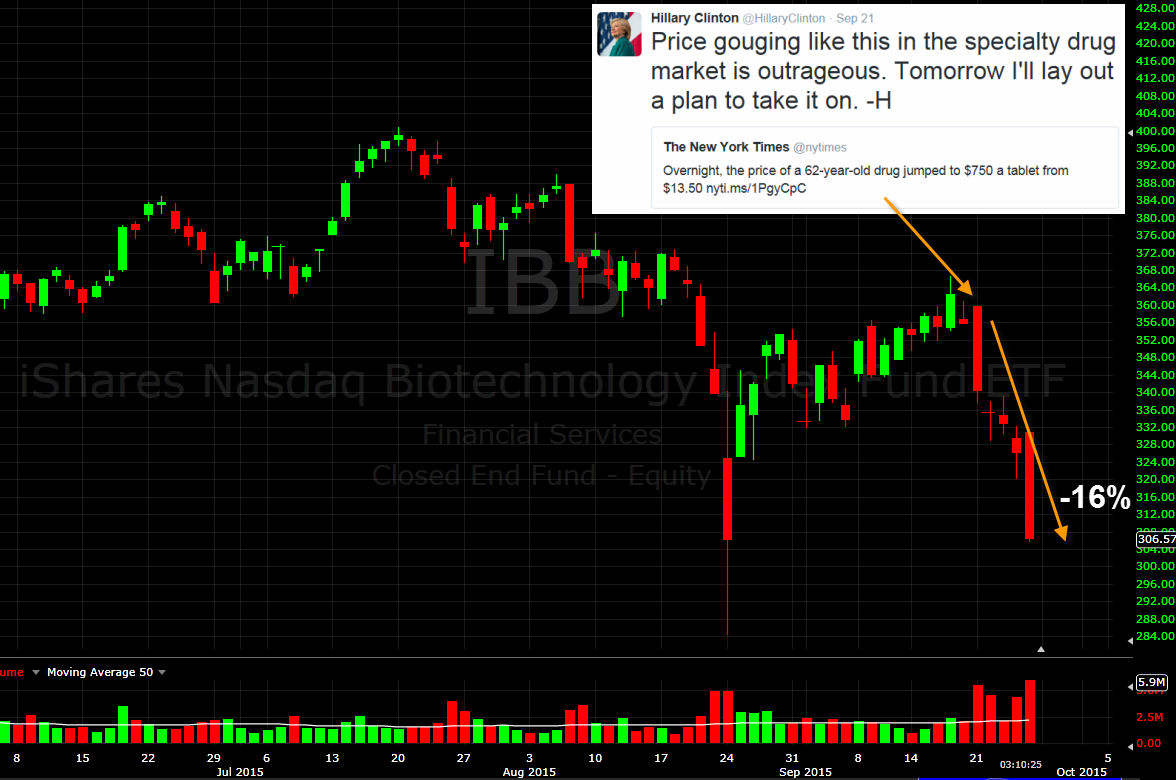 But before that, the ETF that tracks the Nasdaq biotech index, which was down 16%, someone jacked up the price of some off-label drug by 5000% and sent everyone into a stir. Then the tweet came in, after Hillary Clinton sensed easy win and jumped out on the bandwagon sending the tweet. Fun times.

Also John Boehner - the Republican House Speaker resigned. He announced yesterday that he is quiting politics at the end of October. Seems that the Pope's visit made a huge change of heart for him. Goldman Sachs comments: "In our view, this significantly reduces the probability of a government shutdown next week. His resignation is a strong signal that he plans to bring the clean extension up for a vote despite opposition from House conservatives. For the long-term, however, it leads the Republican party more vulnerable to shutdowns and the fringe Right of the party. In essence, this announcement is meant to preempt the expected attempt to remove him from his position after he extends spending authority."

Although this puts some answers for the short-term question, the worries around the debt limit and a multitude of other issues remain.