FED leaving rates and tightening their policy means one thing: trouble. And mostly its originated from the global slowdown and still low inflation and upcoming headwinds. As the world moves into the NIRP era, U.S. remains now in a standoff with the rest of the world on the matter of rate changes. FED ticked the rate up, the rest of the world ticks down. UK still holding their rates steady too as wages and labor markets are holding steady and talks of moving rates up are still on the table, but low inflation suppresses those  hopes and dreams of BOE. And still we have to wait until 23d June for the outcome of the Referendum.

Rate news came first - flat at 0.50% first sending the dollar to the abyss and EUR/USD made 117 pips on the news.The short story highlights:

All dovish sentiment and seems FED is on the defensive as business softs and inflation is still subdued by the low prices and risks from the global economy are still high. Full text from the FOMC statement here.

Though even with the risky environment FED still sees two rate hikes for this year, going from four as planed previously. 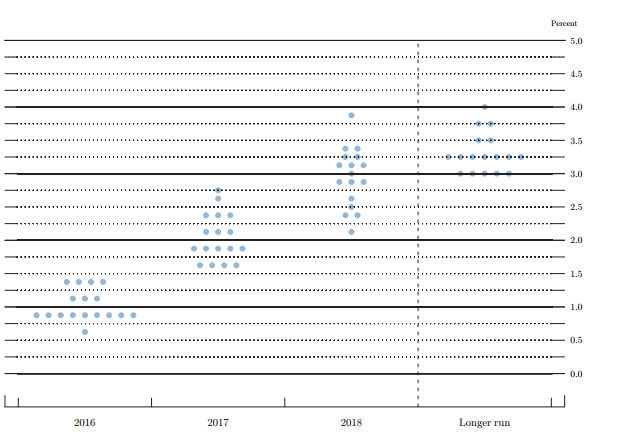 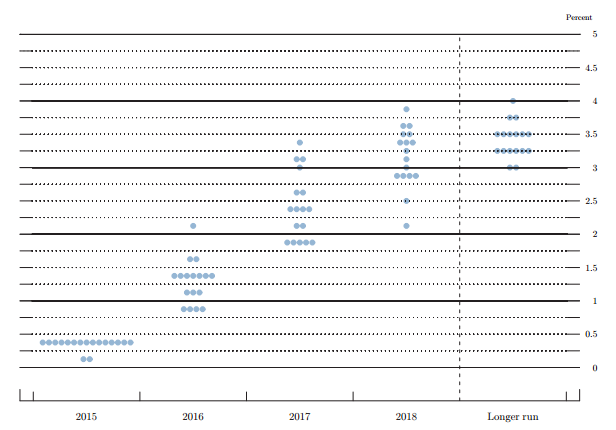 Overall Dollar was pounded yesterday, euro climbed 185 pips from its low at 1.10573, went highs as 1.12418 and closed at 1.12118 right on the upper resistance. Way for 1.13765 seems to be clear and as dollar weakness continues to follow, euro will probably reach it pretty fast. AUD/USD climbed 164 pips from its low, NZD/USD made 205 pips, and everything against the dollar gained gains between 150 and 200 pips. S&P500 liked the dollar weakness and Dovish FED and climbed 24$ extending more the rally started from 12.02.2016. Gold gained 37$, Oil found support too with 1.78$ gain. USD/JPY and USD/CAD dropped with 142 and almost 300 pips respectively. Dollar weakness will continue for some time now until more event reveal the fate of the world economy which markets will have to price-in.